Down Among the Sleepy Hills of Tennessee 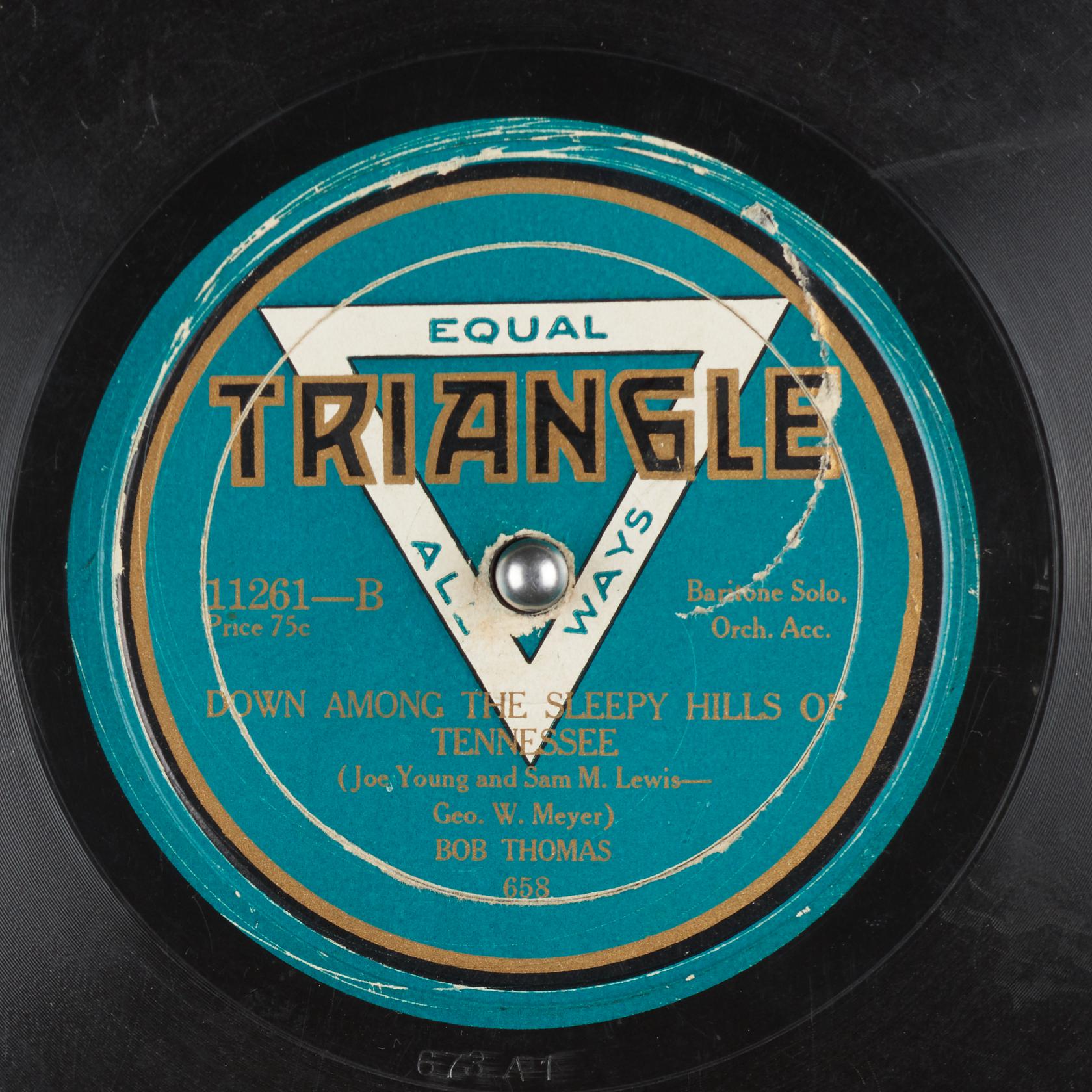 Down Among the Sleepy Hills of Tennessee

Other IDs from the record include: 658

The recording on the other side of this disc: Dirty Hands and Dirty Face.

Reviewer: spadeneal - favoritefavorite - February 7, 2018
Subject: 1923 78 rpm record
This Triangle release certainly did not appear before its flipside, recorded in June 1923 and probably issued not long after. So this is the date provided, but the master comes from Grey Gull and was already an old one; Grey Gull mx. 673 dates from May 1922. "Bob Thomas" is Ernie Hare, and it's remarkable that a third party record company like Triangle managed to combine two records from two different sources by the same artist, though Puritan 11261 and probably Paramount 20261 are identical. The matrix shown on the label -- 658 -- is not a documented number for Grey Gull, and may have been an earlier version of "Down Among the Sleepy Hills of Tennessee" that was replaced by 673. Despite all of the discographical twists and turns, this is not a very interesting performance; "hot" instrumental versions of this jaunty tune were done by Bailey's Lucky Seven (Gennett) and Joseph Samuels (Plaza Music) which probably hold up a little better.